How many politicians in Romania does it take to change a light bulb?

One or two to sign the contract handing over billions of dollars of taxpayers money to a massive multinational corporation to do the actual work of changing the lightbulb, many more to be paid off to not question the deal, and some others to make trouble and change the subject if anyone in the media ever challenge it.


In the interests of balance, though I was careful to specify that it was politicians in Romania in the joke/reality above, rather than Romanian politicians

How many Hungarian politicians does it take to change a lightbulb in Harghita County?

It really is appalling that the government in Bucharest have not changed this lightbulb already.  it's just another example of the anti-Hungarian bias shown by this country.  If this lightbulb were in Craiova it would have been changed months ago.
Posted by Andy at 9:15 am 2 comments: 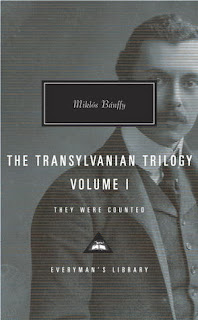 Recently, I started reading what seems to be widely regarded as "The Great Transylvanian Novel", which is Miklos Banffy's Transylvanian trilogy (or Banffy Miklos's if you prefer). Period literature is not really my thing, usually, and especially period literature which features as its main context the lives of aristocrats and the privileged.  But, so far, (I'm mid way through book 1) it's an absolutely cracking read. I'm - to my surprise, actually - really enjoying it.  And so many things are familiar to me, in a way which I could never have expected. (Which is precisely why everyone tells me that I shouldn't overlook such novels. So, I have been foolish.  As usual.)

So, anyway, I'm guessing I might write again on this subject as I devour the 3 books, but yesterday I came across a passage which was just so perfect I felt I had to share it.

The hero, Balint Abady (I'll just stick with the translated version's ordering of names rather than the original Hungarian), who is a count and a politician (and one assumes not a million miles from Banffy himself), is travelling on a train from Maros-Ludas (Luduș) to Kolozsvar (Cluj) where he meets a Romanian lawyer, Dr Aurel Timisan.  They start talking and...

It was all such nonsense: Romanians were Romanians and would remain so eternally, no matter what new names were invented for them. "Nobody expects anything else," said Balint, "but you must admit that the country in which you live has a right to demand that you learn its language!"

"Naturally, I'm not against that," said Timisan, and once again a barely perceptible mockery lurked in his smile, "That's to everyone's advantage. As you see I've learned it myself, even becoming a Doctor of Law at a Hungarian university and serving in the Hungarian army, both with tolerable success, though I say it myself. [...] "But you must admit, too," he went on, "that it is most unjust that the public notaries, high sheriffs, tax-collectors - indeed all public servants - are not obliged to speak the language of the people they serve. It is really absurd that the people cannot explain themselves in court in their own language, but they have to use an interpreter.  the Nationality Bill was supposed to grant us this...but of course it's been drawn up by Hungarians without us being consulted!"

This passage actually made me laugh out loud because I feel like I've had this conversation over and over, or overheard it time after time.  Except now of course, the roles are reversed, and Romanian and Hungarian have changed places. This part of the novel is set in the early part of he last century, around 1906 I believe.  100 years later and we have exactly the same conversations about more or less exactly the same things, just in reverse.  First time tragedy, second time farce?

Abady changes the subject at this point, and sounds a bit like a more erudite version of me..


"It's my view," he said, "that we should try and find the means to draw closer spiritually and economically.  here in Transylvania we are both at home. It is your country and it is my country. It is common ground to both of us. We could learn a great deal is we paid more attention to what really matters, and did not allow ourselves always to be sucked into the whirlpool of Budapest politics"

(Here you have to replace Budapest with Bucharest, but you knew that)

It's a great book.  I'd really recommend it.