That's about as oxymoronic as it gets, I suspect, but in fact it fits.

We are experiencing a very very weird winter. As I may have gone on about at some length, Csikszereda is a very cold place.  Temperatures in January are regularly below -20 and in some years down as low as -30 and below.  By this time of the year, we should be waist deep in snow and wrapped up like michelin men. But we are not because we are in the middle of what ought to be termed a massive heatwave.  It won't be termed a heatwave of course, because temperatures of +3 are not really what one would call a heatwave.  But in terms of comparison with the norm, we must be at least 10 degrees over the average, and possibly more.  Which is a heatwave, of sorts anyway.

So, what to call this extreme mildness? The US media has gone way over the top with these kind of things of late, with this year's Polar Vortex beating last year's Perfect Storm and Snowmageddon, so I think we need a term for this year's incredible bout of mild and unusually bearable weather.

To be serious for a moment, it is having some serious effects on the local economy, as at this time of year there is usually a lot of snow (and this year there is precisely none).  The vast majority of the local ski runs don't have any snow making equipment so they have already effectively lost half their season (which typically runs December to March - we're now in mid January and they haven't even been able to open yet).  Then of course there is the fear of the possibility of a drought later in the year - since there has been basically no precipitation of any kind since October, we could be in some trouble later on down the line.
Posted by Andy at 11:33 am No comments: 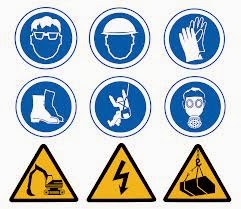 One of the things that the Daily Mail reading knobheads who make up a dangerously large proportion of my countrymen moan about is "health and safety". You know, how people are much safer now and people care about the safety of people when they plan stuff.  I mean it's quite understandable why it causes these right wing dicks such pain, to see people taking "precautions".

Health and Safety in Romania is a very different kettle of fish though.  We don't really have things to sign, or long involved forms to fill in, or lots of paperwork.  If my daughter goes off with her class skiing for example, we have to sign something which says she can go, but nothing else. Once a week her class goes skating (this is a new town policy that all 1st and 2nd graders learn to skate and all 3rd and 4th graders learn to swim), and again, we just drop her off and off she goes.

Now, while I do tend to trust people and think that she is perfectly OK in these situations (and obviously if I thought she wasn't, I would find a way of making her safe), there are areas of life here in which I feel a dash of health-and-safety-ism wouldn't go amiss.  Driving, for example, in which Romania punches well above its weight in totally unnecessary deaths, due mostly to the fact that there are a huge number of complete arseholes let loose at the wheel in this country.  And the number of times that the news leads on the explosion of an apartment building somewhere due to a gas leak does seem somewhat excessive.  I mean one would be excessive, but here it's seemingly one a week.  And the number of buildings in this town which have some form of tiled entranceway, including tiled outdoor steps at the hospital, where tiles are the world's worse surface in icy conditions (conditions which are really pretty common here), is mind-blowing.  I mean has noone ever noticed and thought to themselves "That new public building we're constructing - I wonder if it would be safer not to tile the front steps?"

This morning however, as I crawled back and forth on my customary morning swim, noting the 9 year olds doing their thing at the end of each lap (that school policy mentioned above), wondering as I plunged back down the pool, what the ratio of swim teachers to children would be necessary in the UK (I'm pretty sure that the apparent 30 kids: one teacher ratio would be unacceptable), I realised that there is a health and safety culture here.  It's just a very different one.  It's not an officially sanctioned one, and it doesn't really rely on evidence-based safety features, but rather a kind of institutionalised old wives' health and safetyism.

I am sure I have already mentioned the fear of "curent", which is to say draughts. Get on a bus in summer, in 40 degree heat and dare to open a window to try and make the whole situation bearable, and instantly incur the wrath of the self-appointed health and safety inspectors who will quickly shout at you for your idiotic desire to not melt and will close the window despite your protests. Draughts make people sick, you see.

Go out with your child in a temperature of anywhere below 20 degrees C and have the self same health and safety inspectors will come up to you and tut loudly about her lack of a hat.

And, to prove my point, after my hydro-exertions, I was reminded of the other aspect of the kids' swimming lessons. The hair drying. As the kids come to the swimming pool in their regular class time, they are accompanied by their teacher.  I presume the teacher is allowed to swim, but usually they just sit around watching.  Their real duty at the pool is the making sure everyone gets changed successfully on arrival and departure, but most importantly to make sure every child's hair is totally and utterly dry before they leave the building and return to school. Because going outside with wet hair is so so much more dangerous than racing through a village at 120 km/h, or jerry-rigging the wiring of your house, or asking old people to walk up ice stairs to get into a hospital.

To cap it all, have you seen how much hair 9 year old girls have? Each one of them takes about half an hour to dry it to the exacting standards required.  This means that for a one hour swimming lesson the children are out of school for getting on for all day.  (I exaggerate slightly, and I do think making sure all the children of the town can swim is an excellent idea and even contributes to actual health and safety).

I tend to get changed, slip on my coat and walk out, wet head held high. I have no idea how the teachers explain that to the kids.  "You see that man, leaving with wet hair? Obviously having wet hair as a child has made him crazy as an adult to the point where he doesn't even dry his hair!"