A photo post, hot off the camera (as ever, clicking on any of these will bring them up to a more viewable size)

First off a couple of shots of a bunch of Szekelys being Szekelyish. Today is the "Ezer Szekely Leany" festival (1000 Szekely girls). I'm not really sure what happens in this festival, because I think I've been away each at the relevant time of year previously, but they did some kind of dancing and wandering around in traditional costume stuff in the square and then all trotted off to Csiksomlyo for the main event, which we may, if time permits, go and check out later. 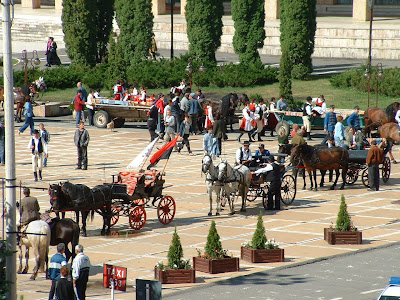 Chauffeurs waiting for their clients 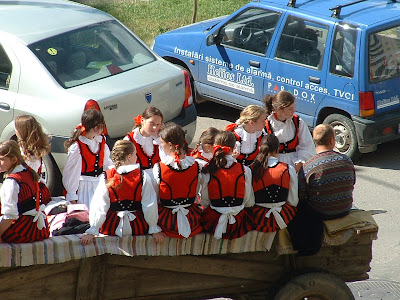 Some of the eponymous Szekely girls 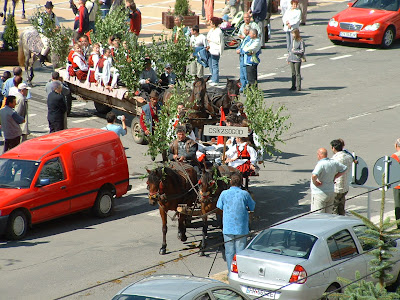 The Zsögöd contingent with ineffective camouflage

Enough with the Szekely girls and onto some shots of the town, that may or may not be of interest.

This appeared in town the other day: 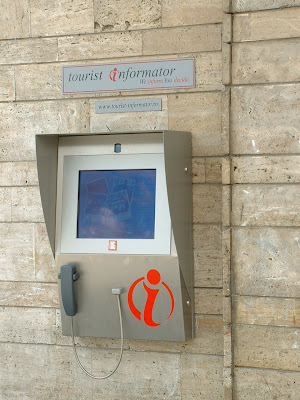 A touch screen tourist information thingy, with a webcam and email facility and apparently wireless internet access if you sit near it. In Csikszereda. What on earth is going here? Anyone would think we were in Europe.

I've been meaning to take a picture of this shop window for months now. 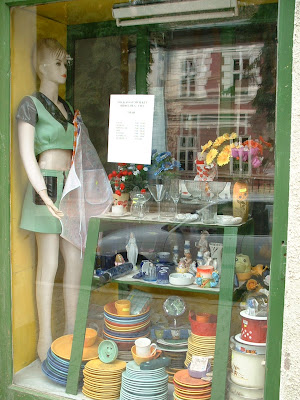 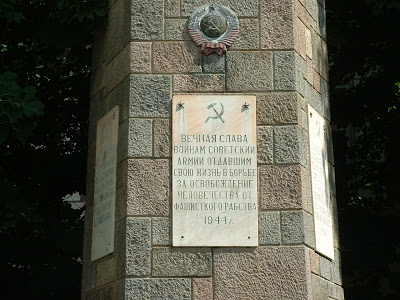 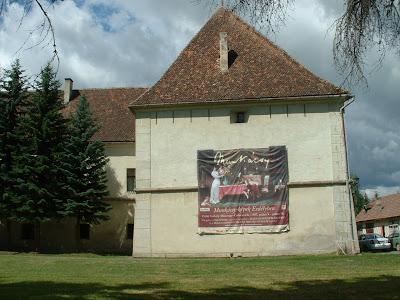 The big cultural event of the moment in town. people are being bussed in from all over Transylvania to see these paintings in the castle to which this poster is affixed. 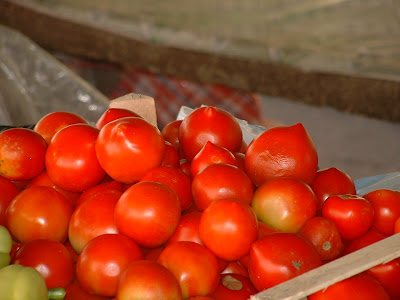 Tomatoes with nipples, as mentioned here
And a couple more random pictures. 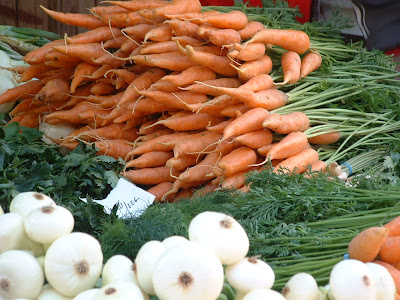 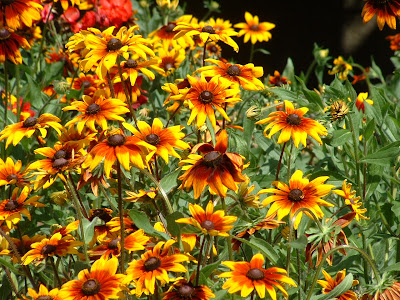 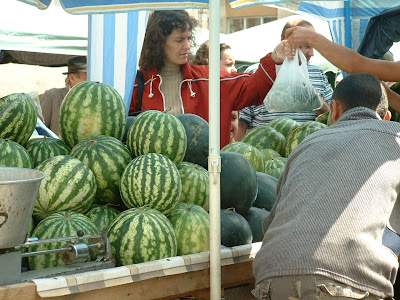 And, finally, for no reason whatsoever, not that I need one, Paula on the phone talking to her broker. 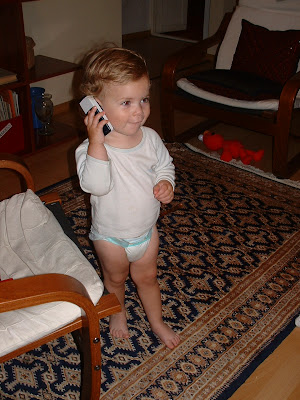 At least Paula's happy with her broker.

In English, the Yiddish word is transliterated "Tchotchke." I note Yiddish is an officially recognized language in Sweden, Netherlands, and Moldova.

Wow, she's cute. And big. And did I mention cute?

Hey, I pass by that store every week-end and I always ask myself "I wonder how much do they sell in a week?" :)

Kezia likes talking to her broker too - sometimes she won't even talk to me on the real phone because she is too busy talking to me on her toy phone!