In the second of our holidays this year (hark at us, two foreign holidays and owners of an out-of-town estate for weekending. Fancy bastards. But don't be fooled. I'm still, I'm still Andy from the block) we went to England (Or Inglia as Paula calls it). Now I know England is a fancy holiday destination for many people, but you'll have to take it from me that spending a fortnight in August in guaranteed grey skies and sub 20 degree temperatures is not really my idea of a well-used summer. Still...

Good things about England:
Possibly there was a little bit of repetition there.

Bad things about England
Anyway, we had a very good trip (despite the weather/price thing). My father-in-law came along too, which I knew would be interesting since he is a man who loves to travel, but mostly, it seems, so he can remind himself how good Transylvania is and how rubbish everywhere else is. Erika took him to Barcelona about 5 years ago, and he still regales all and sundry with tales of this terrible "tapas" that he was subjected to there. I jokingly warned my mother that she ought to prepare a couple of soups to keep him happy, but then was surprised to discover that in fact he really was freaked out by a lack of daily soup in the diet (and even when we had soup, even though it was pronounced delicious, it was the "wrong kind of soup"). I'll no doubt hear this Christmas when he starts holding court after a couple of palinkas, what other things the English do wrongly (there's no room for shades of grey, you'll understand).

The second week of our stay we spent in a house in Runswick Bay in the North York Moors - an area of the country I hadn't been to for donkey's years, and one which is spectacularly beautiful (and well endowed with great pubs serving Black Sheep, a truly delicious beer - hence it ticked many of the boxes above). The heather was flowering on the moors, the weather could have been worse (though it could have been much much better, let's not get carried away), my whole family managed to make it, and we had a great time. My father in law was particularly interested in the beach and the tides. There aren't really tides round these parts - the Black Sea and the Med don't have them, and so the idea of the sea coming in and out (a total difference in height of 5 metres between high and low tide when we were there) and the wildness of the beach, was really fascinating for everyone. Also visiting a waterfall called "Falling Foss" which amused the Hungarian speakers of the party. For me it was the roads which had signs warning you of 20%, 25%, 28% and (in one place) 33% gradients which were the real trip. They make the road coming down Harghita towards Csikszereda look flat. 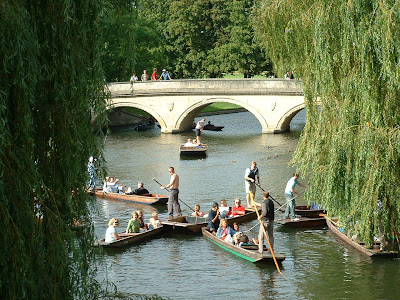 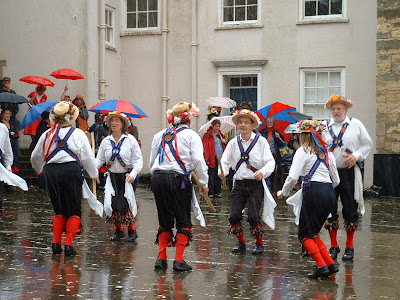 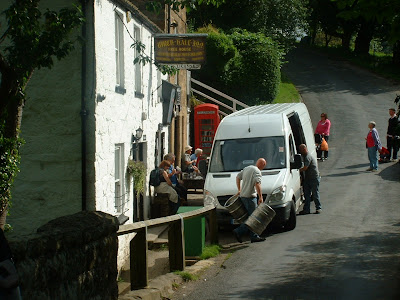 Beer arriving at one of those pubs-in-gorgeous-villages I was mentioning (Beck Hole, N. Yorks) 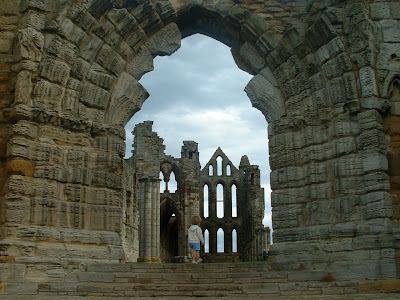 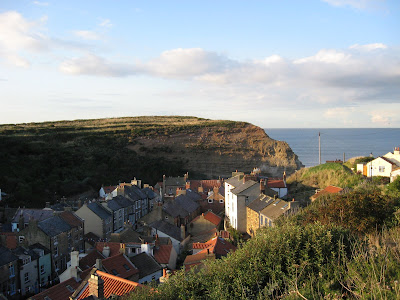 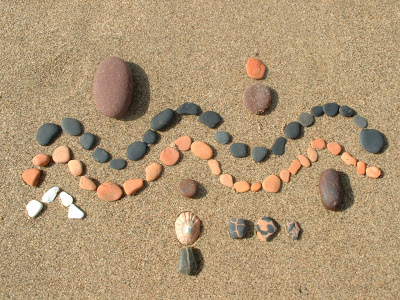 Arty pic, that was in no way staged. We found the stones looking like that just as the sea washed them ashore. Honest. 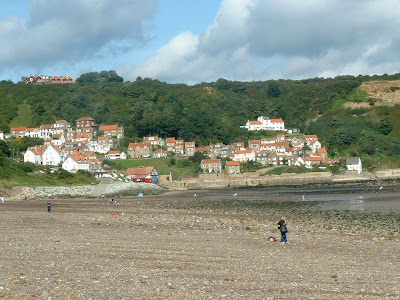 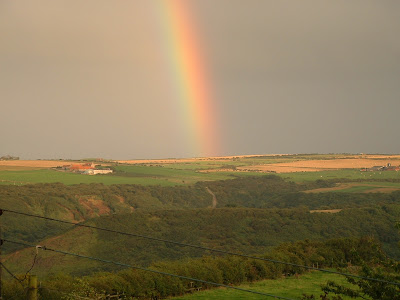 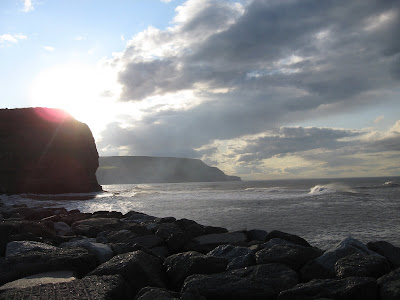 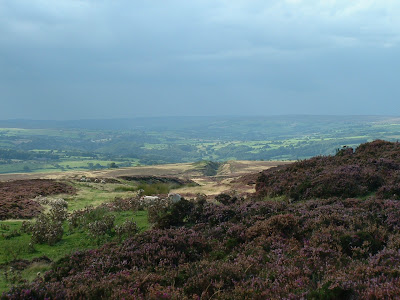 Heather on the moors 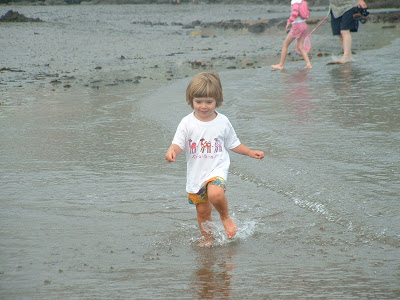 Ah, Andy, you're bringing a tear to me eye. I spent many chilhood holidays on the bollock-freezing Yorkshire coast and on the bilberry-strewn Yorkshire moors - and enjoyed it. Going up and down sleep country roads in Volkswagen Beetle and pretending I was the captain of a whaling ship in Whitby. And Black Sheep.... I think you just ruined my marriage - I'm going home ;-)