Along the Enchanted Way (book review) 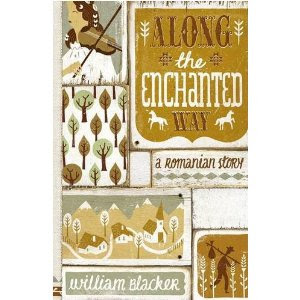 William Blacker is an Englishman who lived in Romania for 8 years from 96-04. This book is part travelogue, part autobiography, part love story and part elegy for a dying way of life. It takes place partly in Maramures in the village of Breb, not far from Sighet, and partly in the village of “Halma” in the Saxon lands. Halma is not its real name, as Blacker elects to keep the village anonymous for fear of what might happen there if he names it (I have a pretty good idea of which village “Halma” actually represents, but I’ll not speculate here).

The first half of the book mostly takes place in Maramures, where Blacker delights in the lifestyle of the Romanian peasant. He lives with an older couple, almost as their son, and learns the ways of the country – sharpening his scythe, cutting the grass, dealing with the seasons, travelling to market, wearing local clothes, drinking copious amounts of horinca (Maramures version of palinka). He bemoans the fact that this lifestyle is not long for this world, as modernity creeps along the valleys and through the forests, but marvels in it and delights in it and the discovery of this lifestyle existing in late 20th Century Europe.

Simultaneously he is falling in love with a Gypsy girl in “Halma”. This is the love story part of the book, though in fact the passion he has for the village life in Maramures comes through much clearer than the passion he has for Natalia. Perhaps it is a reluctance to expose his true feelings or just his Englishness coming to the fore, but it’s hard to really feel that he is actually in love with her. He just seems somewhat interested. This to me was the weakest point of the book. Almost like it’s a section he has to tell to make the story hang together, but he does so reluctantly and without any great willingness to do so.

The second half of the book sees Blacker move away from Maramures and take up residence in Halma with Natalia’s sister Marishka. This section of the book deals with the challenges and difficulties they face as well as describing the community problems that exist – a nearly extinct Saxon population, reduced to just one or two older people, with the village now taken over by Romanian and Rroma families (and a single Hungarian, Blacker’s new “father-in-law”). For me this was the most engaging part of the book, as the inter-group prejudices and struggles come to the fore, and Blacker is sort of forced into the role of reluctant peacemaker and champion of the downtrodden.

It is a fascinating book, and is beautifully written. The slow and easy pace of the Breb sections, matches the life of the village, and in a sense this is the love story of the book. As the action intensifies in Halma, the pace of the writing picks up too. He describes wonderfully and with a great deal of gentleness the peasant way of life, in an almost bucolic writing style, if there is such a thing. It’s clear he see the Maramures village life as something beautiful and is deeply saddened by its impending passing, which may (or may not) mean he is slightly guilty of overromanticising it, but that, I suspect is a subject for another blog post...

Hi Andy,
Thanks for your review!
I take it the book was published in the UK...who would read such a book over there?
Romania ain't very popular to say the least...so I wonder if it's so easy to publish a book in the U.K. ? Or maybe people might be interested in Rroma way of life..?
Cheers,
Camy

I think the idea of Romania (romantic, unknown, wild, semi-medieval) is very popular in the UK. It's possible that Romanian immigrants to the UK are less popular, especially to the small-minded people who seem to make up much of my countrymen. I imagine this book (within it's market niche) has done pretty well.

Just posted our own review here. Though we agree it is a well written, rollicking read, we are bit harsher on Willy's reactionary politics...

So I read the review on BL.

Sounds like this Blacker fellow is a patronizing twit with the mental age of a twelve-year-old.

If he wants an idyllic retreat, he can go to one where people have the choice to be there.

I have read the book and visited Romanai a couple of times ( including a visit to the Saxon lands) Re Katherine's post - Blacker is not a patronising twit. His integration ( learning the language ) and respect for a vanishing peasant way of life comes through. His lifestyle is not for everyone I admit. He is making the point that the material acquisition of so called progress does not bring improvement to everyone. People are poor but community, family and the seasons still govern life even at the end of the 20th century.